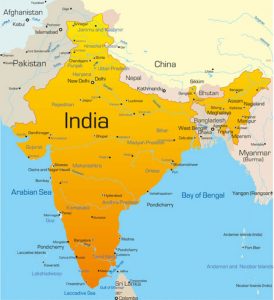 In the heart of South India, between Tanjore and Madurai lies the town of Kuḍumiyāmalai. The town is built around a monolith (malai means mountain, img. 18) between the trees and was called Thiru-nalak-kunram in early inscriptions and Sikhanallur in a later period. The district is famous for beautiful old temples and 120 inscriptions that are of historical and archeological value.

Around the monolith there are four temples, including a cave temple and the great Shiva temple: the Sikhanathasvami-koil temple. The latter contains beautiful carved sculptures. The monolith takes a central place in the small picturesque town. It all feels like some sort of oasis in a surrounding dry, flat landscape. The sand has a rusty red color.

The Kudumiyamalai Music Inscription: a sounding Flower of Life?

Ancient civilizations knew of this universal basic pattern and of the wisdom and science hidden within. I found the link between the Flower of Life and the Kuḍumiyāmalai Inscription by accident.

I started drawing and counting the circles that I had drawn. The Flower of Life is created by the rotation of 36 circles around the first circle (36+1=37) with another, thirty-eighth enclosing circle (36+1+1=38).

This last circle symbolizes the doorway to infinity. Musically we would say: the next octave/ the following octaves. I started to feel cold shivers: the Kuḍumiyāmalai Music Inscription counts thirty-eight lines! The pattern that is called the Flower of Life.

ln a kind of a flash it dawned on me: this similarity is no coincidence! As a child I was always attracted to numbers, arithmetic and mathematics. It was not until my research for my thesis

Quantum Music that I became interested in language. I then started to discover and sense the deeper layers that exist in the meaning of language and sound. During my years of research it became clear to me that every dimension operates on a specific frequency and that all dimensions are interconnected through resonance. All recent discoveries in the field of DNA are based on frequencies and therefore also on dimensions.

This same phenomenon can be perceived in all the different languages throughout the world. Each language operates within a specific frequency band and rhythmic structures.

Frequency and resonance are concepts from the field of sound science. Resonance forms the basis on which the universe is built and functions. Both are building blocks of the origin, the form, the construction and the functioning of the universe! All original cultures report of this in their myths of creation.

At the end of each group or possibly at the end of each line are the words: “the texts of notes are finished”. Every straight line/group could therefore possibly also represent a circle where beginning and end converge. In India the progression of life is perceived and interpreted as being circular (like a circle), unlike the Western world where progression is thought to be linear (as in a straight line).

Ever since the summer of 1999 I sensed intuitively that the Kuḍumiyāmalai Music Inscription is a sounding representation of the Flower of Life.Through its sound notation it can influence, synchronize and harmonize the continuum of atoms (micro) up to solar systems (macro) via resonance. Now I had yet to substantiate my intuitive insights. I started making a list of all the unanswered directions in the Kuḍumiyāmalai Music Inscription that could lend proof to my intuitive perceptions.

(excerpt from the book Sourcefrequencies deciphered) 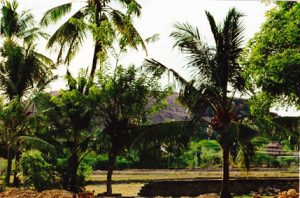 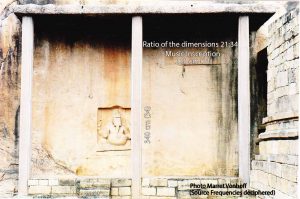 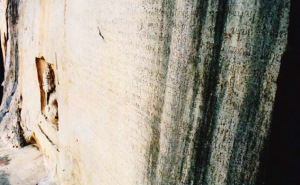 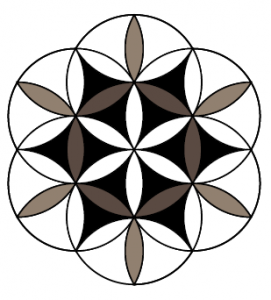