Do you know that?…No? Now you do!
All life is journey full of wonders for those who have eyes to see.

“Be the Pure Truth Seeker who you originally and naturally meant to Be” ~ M. Vonhoff 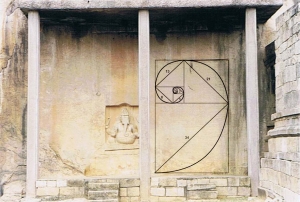 “Cosmic Knowing provides Conscious Cosmic Resonance with the All for a Pure Harmonic (tuned) Life”. 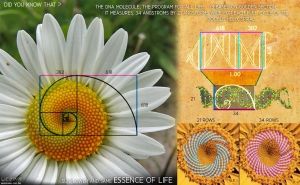 “Each of us is a unique sound in the music of the Heel-al. Every sound is needed during the performance of a Cosmic Symphony ”~ M. Vonhoff 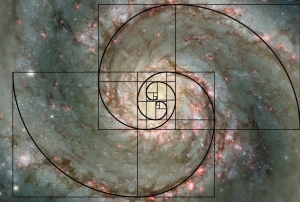 I invite you to continue to follow me during my journey of wonder in resonance with the Source frequencies.
Stay Tuned.

the dimensions of the surface of the more than 15,000-year-old Source Frequency Inscription is 100% resonant with the Golden Section spiral and that it shows itself to us through the Fibonacci Growth Spiral on Earth?

The structure of this spiral that was described in Western History by Leonardo Pisano Bigollo, Leonardo of Pisa or better known as Fibonacci (ca. 1170-1250 AD) in his book “Liber Abaci” from 1202. He is often regarded as the first Western mathematician to publish original work since ancient Greek times. Fibonacci was born in Italy, but was trained as a mathematician in North Africa where his father had a diplomatic post. Fibonacci started breeding rabbits. He started with two rabbits, but soon had three. After studying the multiplication of these animals he came to the series 1, 1, 2, 3, 5, 8, 13, 21, 34 and 55. This row of numbers is called the row of Fibonacci. (Source)

The ratio between two consecutive numbers from this series approximates the Golden Number or Golden Ratio.

If the 8th-9th ratio = relationship in the unfolding, the numbers 21: 34 become visible. This Golden ratio is chosen and shows itself in the dimensions of the Source Frequency Inscription.

the relationships that unfold in this Universal Growth Series are also the basic building block of all life and thereby create resonance in the energy wheels, called chakras by the Mayans and Vedic people of all living organisms. Everything is, including Man, Music!

The Fibonacci / Golden ratio that belongs to the Universal Heart Chakra is 34: 21.

In the fall of 2019, during one of my new Interactive Source Frequency Lectures, I will show the how and why of the existence of a Base of Cosmic Resonance, how this Cosmic Knowledge has been known for thousands of years, has been used and Cosmic Resonance through the ages bring it into view.

there is another and extremely unique relationship (ratio) in the Source Frequency Inscription about which little is known about, but which can be found in countless appearances all over the world? In this case I point to the Golden ratio of 6: 5. This ratio can be found in the underlying connection in our D&A that was invisible until recently. Our D&A has the connection between 6 corners and 5 corners as a blueprint. The Golden Section Phispiraal underlies the shape of both the 6-corner and 5-corner. It is therefore not surprising that the Golden Ratio is at the basis of so many human-designed and constructed structures.

Nice examples to have a look at and read about:

this you know Now!

And …. there are so many more breathtakingly beautiful connections!